The Destiny Mask (The Structure Series #2) 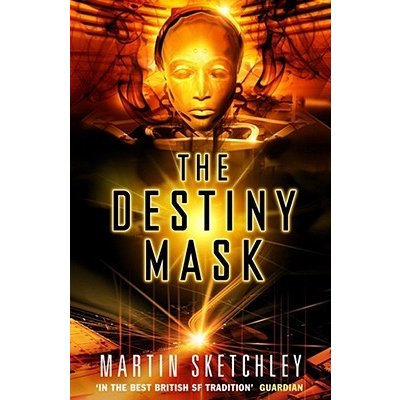 After the death of Vourniass Lycern, child-bearer to the Seriattic royal household, her twin sons, fathered by former military intelligence officer Alexander Delgado, have grown up ignorant of their relationship. Michael has been raised on Earth as the son of General William Myson, while Cascari has been brought up within Delgado's terrorist group. Furthermore, due to the circumstances surrounding their birth, no one knows Michael and Cascari are brothers, and both believe they are the rightful heir to the position of Monosiellhead of Seriatt's royal household.When the existing Monosiell dies suddenly, the long-awaited opportunity presents itself: with Cascari in power Delgado knows he could strike at Myson more effectively, while Myson seeks the strategic value of Seriatt's proximity to the M4 wormhole.

The stakes are heightened as the Seriatts are developing time-travel capacity, using technology extrapolated from the Destiny Maskthe artefact Seriattic oracles use to predict the future. Delgado knows that with time-travel capability Myson would represent an immeasurable threat, one which he must prevent.

While strange occurrences in the vicinity of the wormhole go unnoticed, on Seriatt the oracles predict the coming of a savior; but who this will be, no one can tell.