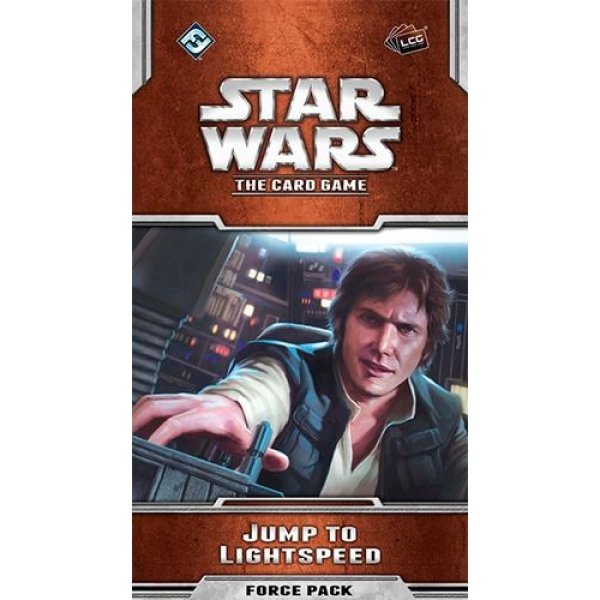 Once, the vast gaps between stars and planets imprisoned each species in its own solar system. The discovery of hyperdrive brought the stars within reach, and you can use that to your advantage with Jump to Lightspeed, the final Force Pack in the "Rogue Squadron" cycle for Star Wars: The Card Game! With this Force Pack, the "Rogue Squadron" cycle comes to a triumphant conclusion with new ace Pilots and bleeding-edge Vehicles for you to harness. This expansion contains ten new objective sets (two copies each of five unique sets), bringing new dogfights and lightspeed travel to every affiliation. You can blast into hyperspace with Han Solo in the Millennium Falcon, fly with the heroes of the Rebellion, or give into your anger to gain the power of the Sith. Make the stars your destination, and jump to lightspeed!