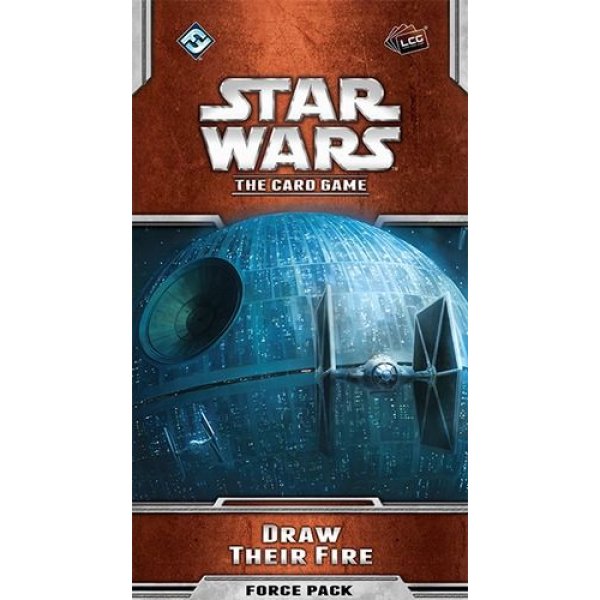 Take your interstellar dogfights to new heights with Draw Their Fire, the second Force Pack in the Rogue Squadron cycle for Star Wars: The Card Game. Within this Force Pack, you find powerful new fate cards, alongside a host of iconic characters and vehicles, including the starship Outrider, the Jedi Master Qu Rahn, and ace pilot Maarek Stele. This Force Pack contains two copies each of five unique objective sets, continuing the major themes of the Rogue Squadron cycle, such as the new pilot keyword. Within this Force Pack, you’ll find new pilots to command every faction’s cutting-edge starfighters and capital ships. Whether you fly with Black Squadron to defend the Death Star, or pilot a squadron of dangerous new Y-wings, you’ll find the cards you need in Draw Their Fire.