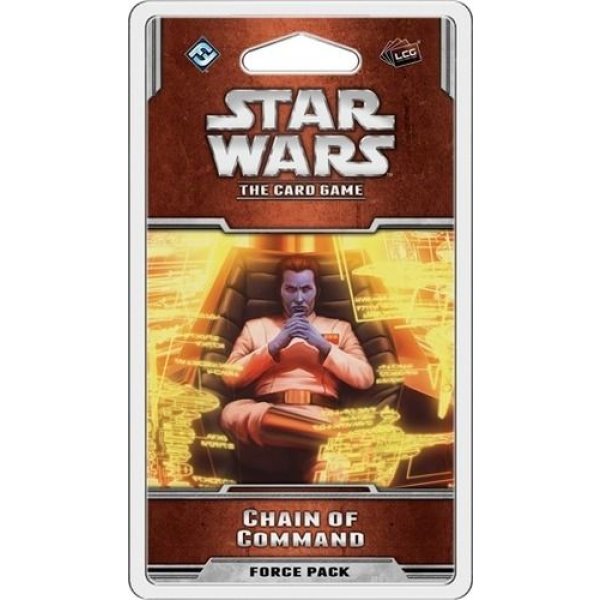 Stand beside Grand Admiral Thrawn and declare your command of the Imperial Navy with Chain of Command, the fifth Force Pack in the "Rogue Squadron" cycle for Star Wars: The Card Game! This Force Pack grants you the tools you need to scramble your starfighters and control them in tense, tactical dogfights. Like the other Force Packs in the Rogue Squadron cycle, this expansion focuses on your cutting-edge starships and the ace pilots who fly them. Whether you fly for the light side or the dark side, you’ll find new Vehicles for land and air. You may mire your opponent in endless bureaucracy or challenge him to a break-neck swoop race. You might make a profitable run on a smuggling freighter or return to Luke Skywalker’s beginnings as a farm boy on Tatooine. No matter which affiliation you fight for, the tricks and tactics you need to attain victory can be found in Chain of Command.