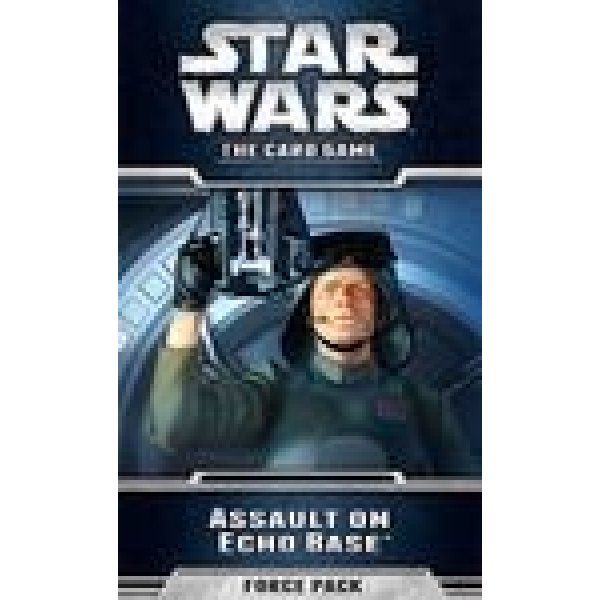 Imperial walkers march across the frozen wastelands of Hoth, and the Rebel Alliance and its allies prepare to defend themselves in Assault on Echo Base, the fourth Force Pack in The Hoth Cycle for Star Wars™: The Card Game! Will the Rebel shields hold against the Imperial onslaught? Will the Rebel defense of Hoth buy enough time for light side forces elsewhere to gather recruits and spread hope throughout the galaxy? Or will General Veers lead the Empire’s walkers and troopers to a commanding victory while bounty hunters and Black Sun mercenaries chase down the remnants of the light side resistance? Assault on Echo Base adds complete playsets of six new objective sets to Star Wars: The Card Game, opening up all-new strategies based around Walkers, Troopers, Droids, manipulating shield tokens, and removing damage from objectives. Meanwhile, two new objective sets feature powerful effects that trigger while their objectives are undamaged, encouraging players to center their strikes and defenses around them.