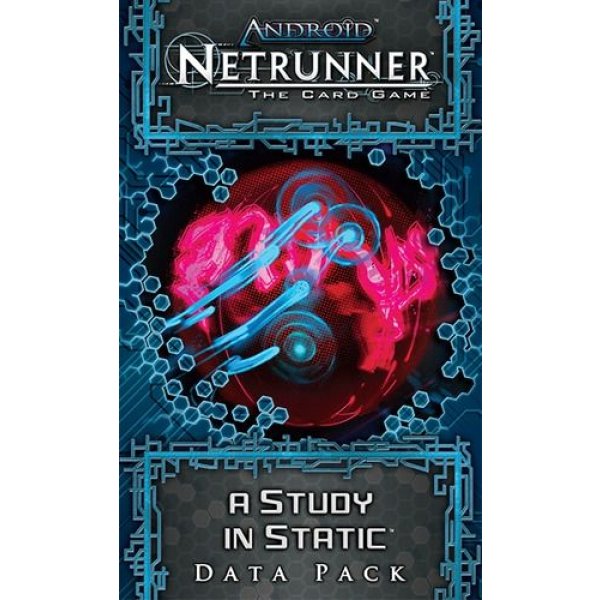 As part of the Genesis Cycle, A Study in Static focuses on developing each faction’s traditional strengths even as it opens up new strategies for players to explore. With their advancements in ice, icebreakers, and hardware, the Data Pack’s sixty new cards (three copies each of twenty individual cards) escalate the game’s cyberstruggles to a new form of art. No longer do the factions content themselves to building and breaking snares and subroutines; they turn their attentions to the flow of time itself. So much as time is a matter of perception and of movement, A Study in Static is a study in the ability to accelerate and impede the passage of time.