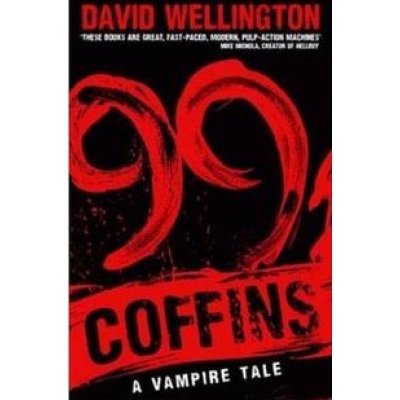 Laura Caxton vowed never to face them again. The horror of what the vampires did is too close, the wounds too fresh. But when Jameson Arkeley, broken and barely recognizable, comes to her with an unfathomable, unholy discovery, her resolve crumbles. Arkeley leads Caxton to a tomb in Gettysburg recently excavated by a local archaeology professor. While the town, with its legendary role in the Civil War’s worst battle, is no stranger to cemeteries, this one is remarkably, eerily different. In it lie 100 coffins—99 of them occupied by vampires, who, luckily, are missing their hearts. But one of the coffins is empty and smashed to pieces. Who is the missing vampire? Does he have access to the 99 hearts that, if placed back in the bodies of their owners, could reanimate an entire bloodthirsty army? How did the vampires end up there, undisturbed and undiscovered for 150 years? The answer lies in Civil War documents that contain sinister secrets about the newly found coffins—secrets that Laura Caxton is about to uncover as she is thrown into a deadly, gruesome mission of saving an entire town from a mass invasion of the undead. . . .