Sons of anarchy - men of mayhem 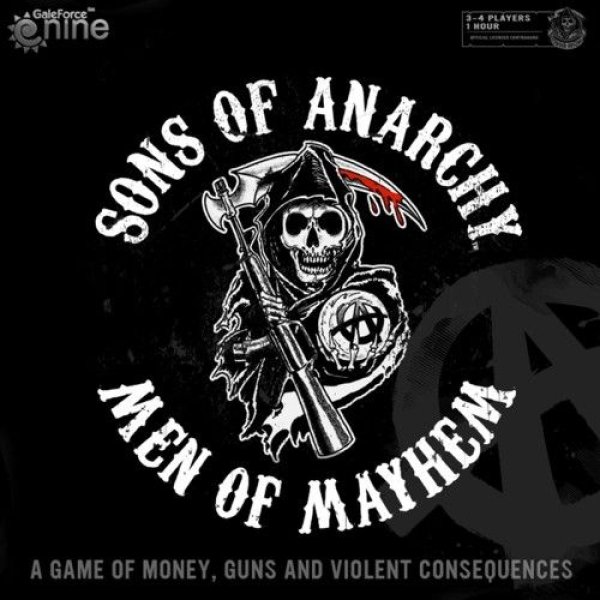 Sons of anarchy - men of mayhem

Based on the hit TV series, in Sons of Anarchy: Men of Mayhem players take the role of rival gangs out to control territory, accumulate contraband and reap the monetary rewards of illegal enterprise. With each turn gangs must attempt to control a range of sites by assigning gang members and resources to claiming, defending and fighting for money, contraband and guns. However, other players can challenge the right for territory, which will lead to conflict! Negotiate, threaten and ally with rival gangs when it serves your needs, but be wary of the inevitable knife in the back. This game is about making and breaking alliances, and only the gang with the most money at the end of six rounds wins.