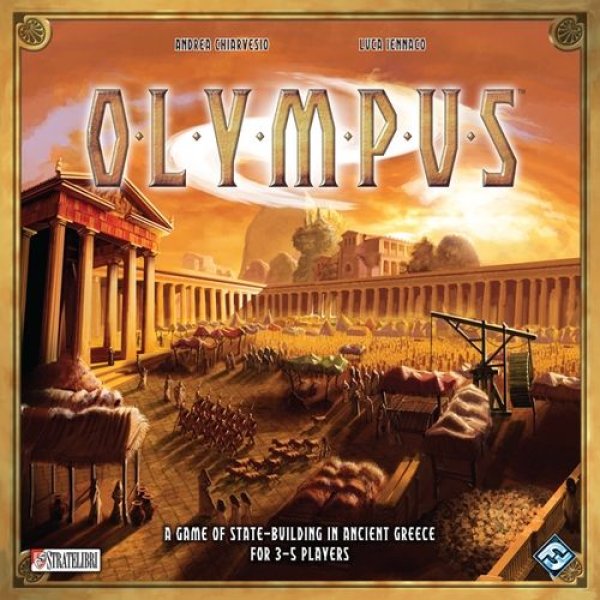 g> Olympus is a deterministic (i.e., non-randomn) strategy game, based on worker-placement, resource management and building an efficient engine to score victory points (VPs). It also features a few more aggressive options than the average game based on the same premises (but the savvy player knows how to defend against them, if he prefers to quietly develop his own position). Each player leads a city-state that is defined by six values representing population, culture, military and productivity of the three resources (grain, venison and fish). During your turn, you send one of your three priests to worship one of the ten deities (Zeus, Hera, Demetra, Artemis, Poseidon, Athena, Aphrodite, Ares, Hephaestus or Apollo). Each opponent can now send one of his priests to celebrate the ceremony with you. After that, the deity grants his favor to whoever has sent a worshipper: the favor is larger for the leading priest (the one of the active player) and smaller for all the others (for example, Athena boosts culture by two points for the city of leading priest and by one point for the others; of course no boost is given to those who refused to send a priest to worship her). That deity cannot be chosen again in the current turn.