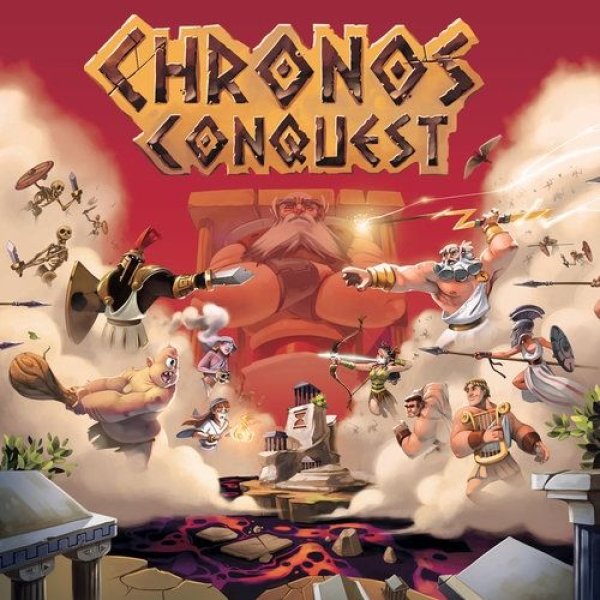 g> In the real-time game Chronos Conquest, an expanded version of Witty Chronos that shares the same core game mechanism, the Gods of Mount Olympus do battle with sand timers! Each player has two or three sand timers and (at any time) may flip them onto cards from the board. A flowing sand timer may never be moved. When a player moves an empty sand timer from a card, he gains that card – provided that no other sand timer is on that card! When two players both have a sand timer on a card, the player ready to wait longest will gain it. Bargaining is allowed, though, so if you're not content to wait, try to strike a bargain. Each card shows points (with one of the winning conditions being to reach 200 points), monsters, winds (which is another path to victory), or plagues (allowing you to, for example, place opposing sand timers in Hell). The Greek Gods get into the game as well, with six of the thirty God cards in play each game; each God card has a special power that a player can activate by offering some of the cards he's acquired. In addition, two of nine City cards are in play each game, each with a special power that a player can activate with a sand timer.