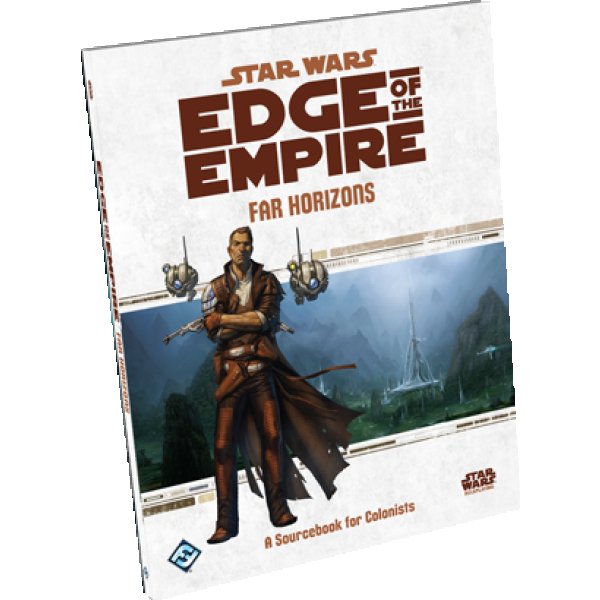 A long time ago in a galaxy far, far away... On the edges of the Galaxy, limitless possibilities unfold. With the vistas of new horizons reflected in their eyes. Colonists set out to create societies through hope, perseverance, and hard work. However, even on the fringe galactic turmoil can upend their new lives, forcing Colonists to put their skill to different uses... Forge new civilizations amongst the wilds of the Outer Rim with Far Horizons. This rulebook expands upon the Edge of the Empire Roleplaying Game, adding new content for Colonists characters as well as any other characters interested in building new lives for themselves. Construct a personal base of operations, become the hottest name in galactic entertainment, or enforce justice with a cool eye and steady hand. This supplemental rulebook includes: - Expanded character options including Motivations, Obligations, species and specializations. - New signature abilities that allow Colonists to excel in their chosen profession. - Equipment and vehicles, valuable for nearlt any venture. - Useful Guidance for GMs looking to challenge their players with interesting social encounters and to integrate Colonist characters inro larger campaigns.