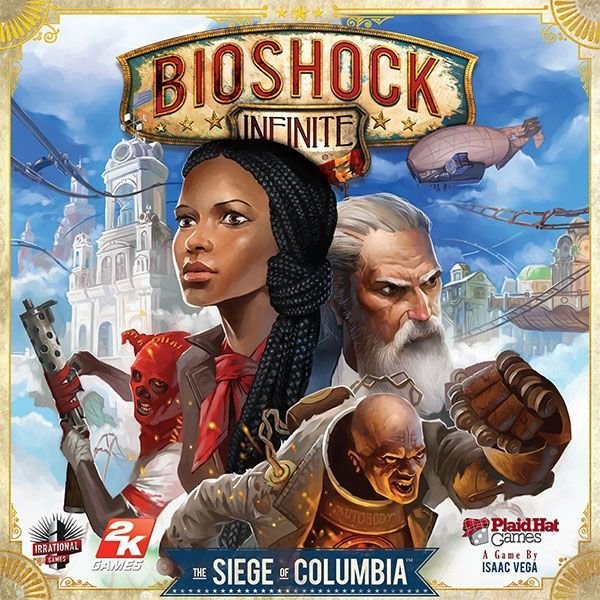 g> In the tabletop game BioShock Infinite: The Siege of Columbia, players will play as either the Founders or the Vox Populi and will build up an army to fight for control of Columbia by taking ground and completing important objectives. At the same time, they'll be using their influence to sway various events that arise. They'll also find themselves having to deal with Booker and Elizabeth who are running around Columbia creating havoc. Bioshock Infinite: The Siege of Columbia has players combating one another, stealing objectives from one another, assassinating leaders, destroying strongholds, bidding against each other for control of unfolding events and more. The first player/team to 10 victory points wins.