Battles of westeros: Wardens of the west 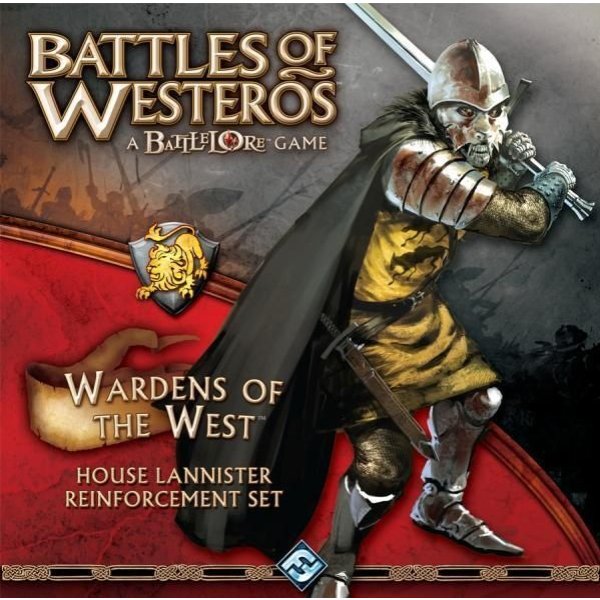 Battles of westeros: Wardens of the west

Wardens of the West is a Lannister reinforcement set that introduces three new Lannister commanders - Tyrion Lannister, Sandor Clegane, and Daven Lannister - each with their own special abilities and leadership cards. Just like the commanders in the core set, these new commanders have specific strengths (and weaknesses). For example, Sandor “the Hound” Clegane uses the new fearsome keyword, refusing to let his enemies disengage and forcing them to retreat two hexes for each morale result rolled in combat. In addition to commanders, Wardens of the West also introduces three all-new unit types of Lannister affiliation. The House Brax pikemen specialize in formations, while the Clegane crossbowmen utilize the new aimed shot keyword. The Westerlands militia are easy to break and lack formal military training, but they make up for it in their vast numbers. Wardens of the West adds more than 30 new plastic miniatures and over 30 new cards. It also includes a Rules and Battle Plans book as well as more terrain overlays, banners, and tokens. Additionally, Wardens of the West also introduces new game mechanics, such as the new Gambit cards, formations, and the deadly catapults! *text from the publisher's web site