Battles of westeros: Wardens of the north 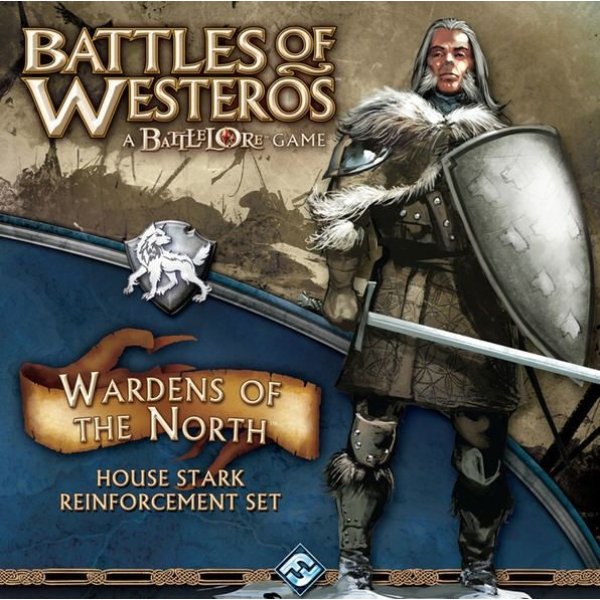 Battles of westeros: Wardens of the north

All across Westeros, the Great Houses prepare for war. The Starks to the north have taken up arms and declared a new King in the North. Meanwhile, various contenders and usurpers stake their claim for the Iron Throne, vying for control of the Seven Kingdoms. It is a time for armies to be gathered. Honor your allegiance with House Stark and carry the wolf’s banner into battle. Summon the courage to ride with Robb Stark in his campaign against House Lannister. Call upon the thundering lancers of House Umber, the shieldmaidens of House Mormont, and the trident bearers of House Manderly. Will you heed the north in its hour of need? The Wardens of the North reinforcement set adds more Stark commanders and units to the Stark forces of the Battles of Westeros core set, including the formidable Smalljon Umber, loyal Rodrik Cassel, and resourceful Galbart Glover. *text from the publisher's web site