Battles of westeros: Brotherhood without banners 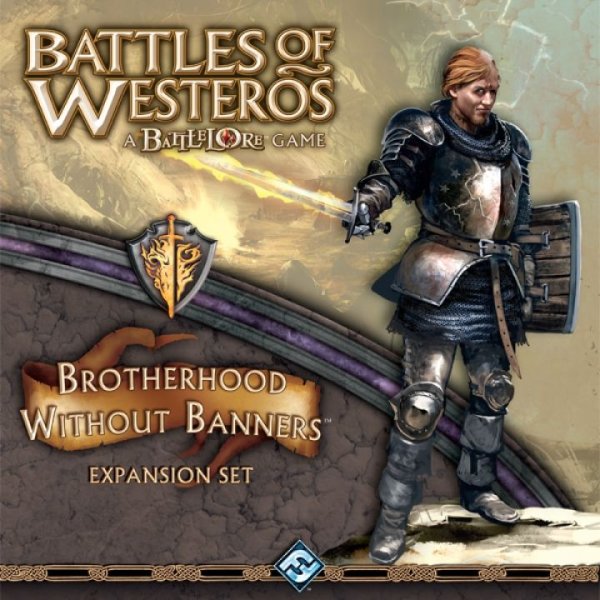 Battles of westeros: Brotherhood without banners

Reports of attacks on the riverlands by a marauding army have reached King’s Landing. For the sake of honor, a group of soldiers and nobles have been tasked with bringing these outlaws in to face the king’s justice...until the ever-changing politics of King’s Landing cause them to be named outlaws instead. Brotherhood Without Banners introduces players to a new ally force that can supplement a primary House’s forces, such as House Stark or House Lannister from the Core Set, through regular play or Skirmish rules. With new unit types, a rulebook with four new scenarios, new cards, new commanders (Lord Beric Dondarrion, Anguy, “the Archer,” and Thoros of Myr), and even more, this expansion will bring greater variety to your Battles of Westeros experience and awesome power to your House’s cause! The Brotherhood units continue the Battles of Westeros trend of representing ally forces with tan-colored miniatures. However, unlike all other Battles of Westeros sets, Brotherhood Without Banners does not include any banner or pole components, as these outlaw warriors neither answer to a liege lord nor ride under any flag. These units do not follow normal activation rules and are controlled through a new mechanic: Brotherhood tokens. *text from the publisher's web site