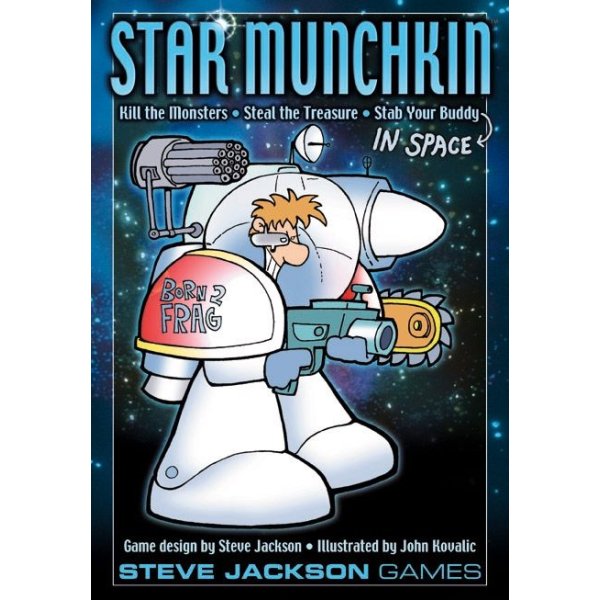 g> The Munchkins are back – but now they're Mutants, Androids, and Cat People in space, grabbing Lasers, Vibroswords, and Nova Grenades and fighting Fanged Fuzzballs, Bionic Bimbos, and the Brain In A Jar. Star Munchkin is a complete game using the best-selling Munchkin rules (with a few new twists like Sidekicks), and it can be combined with any other Munchkin items. Part of the Munchkin series. Munchkin is a satirical card game based on the clichés and oddities of Dungeons and Dragons and other role-playing games. Each player starts at level 1 and the winner is the first player to reach level 10. Players can acquire familiar D&D style character classes during the game which determine to some extent the cards they can play.