Romance of the nine empires 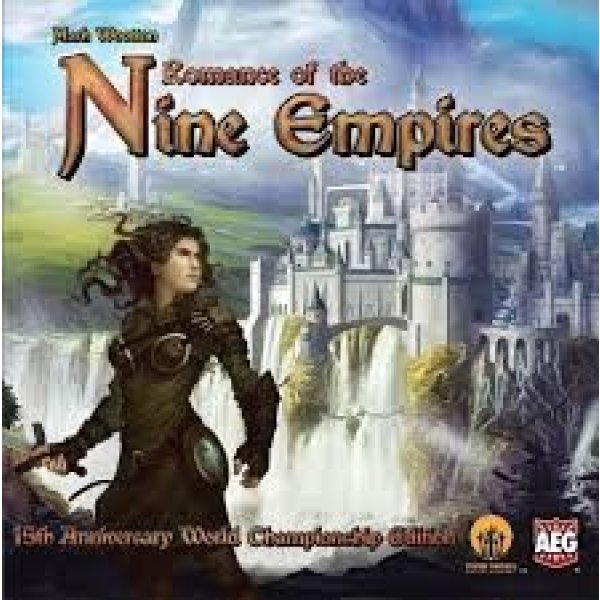 Romance of the nine empires

g> Romance of the Nine Empires is a fictitious interactive collectible card game (CCG) set in the fantasy world of Countermay. In the game, players assume command of one of nine vastly different warring factions — including steampunk aliens, a dark god-king's crusade of conversion, displaced WWII-era American GIs, and a risen empire of the undead — to expand, glorify, or defend their empires. Through its fictitious fifteen-year history, players have shaped the world of Countermay through their individual and collective achievements, and the results are reflected in the story and the current state of the empires. Romance of the Nine Empires is based on the Legend of the Five Rings CCG and was created for use in the movie The Gamers: Hands of Fate, mimicking the way that L5R tournament results affect the actual story in future expansions of that CCG but allowing the movie creators more freedom to design the game to match the characters in the movie. L5R publisher AEG agreed to be the in-movie publisher of the fictional Romance of the Nine Empires, but as a result of Kickstarter funding for The Gamers: Hands of Fate, it decided to create a real-life version of R9E. This game represents the 15th Anniversary World Championship Edition of Romance of the Nine Empires, and (to slip into the movie storyline for a second) it holds the decks used by the top-placing players for each faction that made it to the quarterfinals at the 2012 World Championships at