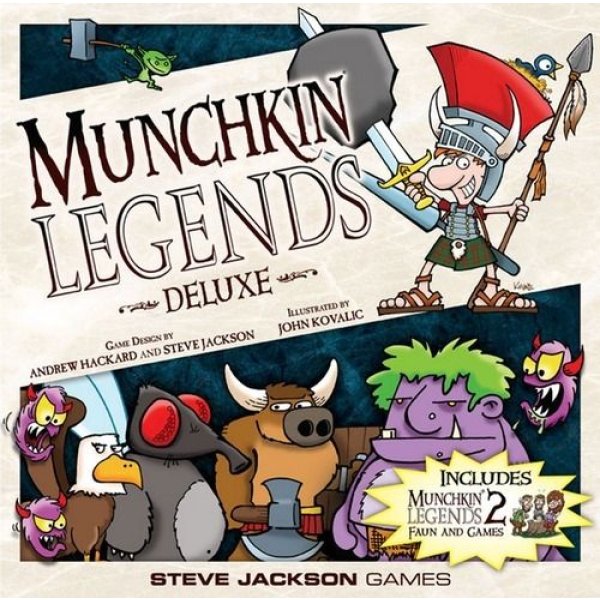 g> Munchkin Legends Deluxe is the Munchkin card game about legendary adventure...with none of that stupid roleplaying stuff. You'll defeat mythic monsters and grab fabled magic items! Don the Death Mask and Achilles' Heels. Wield Thor's Hammer...or maybe the Magic Bassoon. Start by slaughtering the Heebie-Jeebies and Johnny Zucchiniseed, and work your way up to the Kraken... Munchkin Legends Deluxe includes the Munchkin Legends base game as well as Munchkin Legends 2: Faun and Games, a 56-card expansion that introduces a new race — the Faun — as well as more jokes and puns based on figures from mythology and history. You can use the "Spear of Destiny" to fight "J.R.R. Trollkin" or fend off the "Wendigo" with your "Hell Toupee".