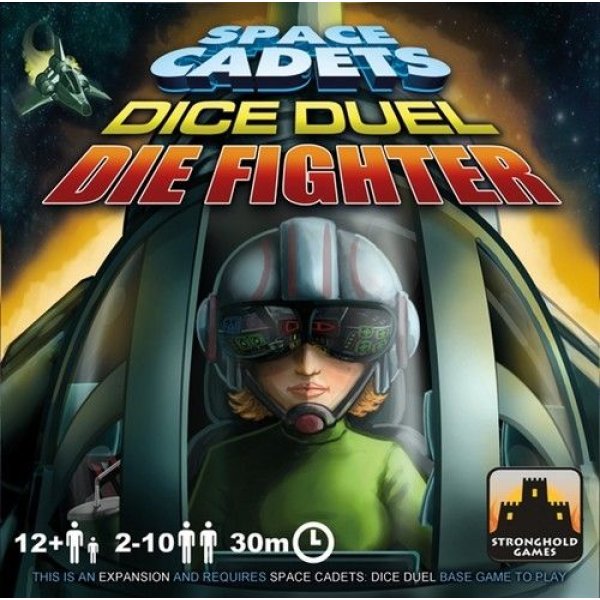 Space Cadets: Dice Duel – Die Fighter brings two new experiences to the Dice Duel universe to give veterans a whole new way to play: • Fighters are flown by a single person and are fast and maneuverable, but lack shields and can be easily destroyed. In "Carrier Strike", suitable for 6-10 players, each team gets one original ship (now called a Capital Ship) and one fighter. "Fighter Assault" has two fighters trying to take out a single heavily armed capital ship and is designed for 4-6 players. Finally, "Fighter Duel" brings the Dice Duel experience to two players, as two fighters go head-to-head for a quick and intense battle. • Experimental Equipment cards upgrade the capital ships with a variety of unique and powerful abilities. Through a draft mechanism, each side selects two upgrades and needs to tailor their strategy to take advantage of their strengths. The 27 cards include new weapons, enhancements to existing systems, new movement options, and more.