Dungeon fighter - fire at will - expansion 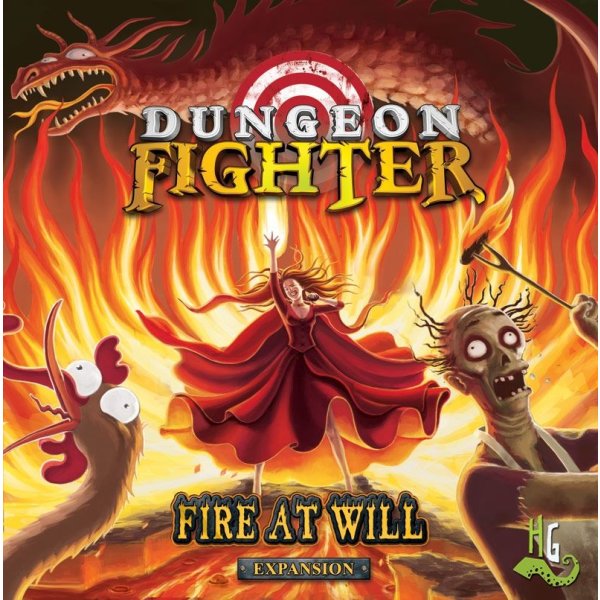 Dungeon fighter - fire at will - expansion

g> Dungeon Fighter: Fire at Will! is the first of four expansions for use with Dungeon Fighter, each themed to one of the four elements: air, earth, water and fire. In addition to adding new monsters, new weapons, new items and new armor, each expansion introduces a new game mechanism and three new ways to complicate your ability to throw dice at the targets on the game board. With this expansion, fire, you need to throw the die through a "burning" ring of fire held in the air. You might also need to bounce a die through a gate, toss three dice held in a row, or roll a die down a board and bounce it onto a target. The goal remains the same as the base game, survive the dungeon and defeat the boss!!